The great week of Betrayal – A hair raising story #DiaryofSampurno 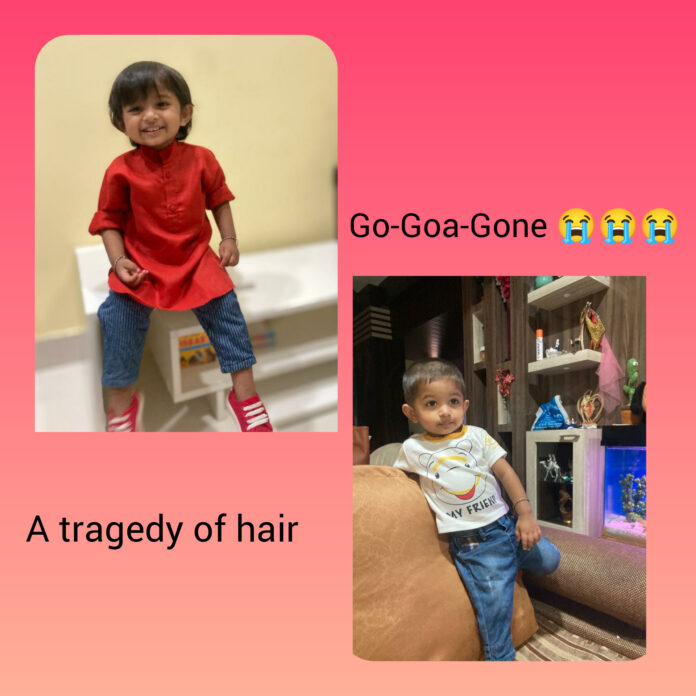 Some of you may already know how I was betrayed by the woman this week when a new phenomenon called school started. In the name of games, song, dance she handed me over to some STRANGERS! Still can’t fathom, that if school is such a great place why isn’t the lady herself enrolling in one. She still has a lot to learn.

Anyways instead of pondering on past misdeeds of the woman let me share with you the latest update. I thought that menace called school was over for good. The man was back from office after a week (God knows what is he up to!) and he will put a stop to the woman’s tyranny. These days he is usually not around on weekdays. So I was hoping he was not a party to the crime and is in as much dark as I was. Hoping to form an alliance I was looking forward to a plan. But, what happened today left me shattered. There is no end to their betrayal it seems. 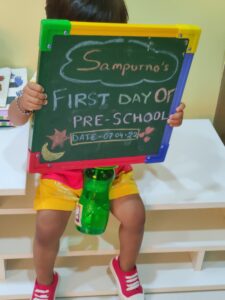 Let me start from the beginning. I wanted a car ride. Now, whenever I ask for one, the woman gives an excuse that she can’t drive so we should wait till the man is back. (Geez, can’t even learn this simple thing. Only if I was 18 already.). So the man was back, and as usual, I asked for a ride in the morning. They said we will have one once I finish my breakfast. Then they asked me if I want ice cream after the ride. Of course, I wanted. Who says no to ice cream. They were also whispering about some haircut or something which I ignored. Come on when there is a car ride plus ice cream on the list who thinks about the inconsequential things.

So we drove and soon we were in front of a building that I expected to be an ice cream parlour. But no! There were men and women. With weapons in their hand! Sharp weapons. And the couple who always warn me about those keen objects tried to put me in the custody of one of those masked men with blades. So much for their safety rules. It is one thing when I try to grab the knives from the kitchen or poke the scissors. But trusting these unknown (masked) faces with clippers was totally out of question! I was shocked.

So I howled in protest. Everyone was looking at me. But I did not care. Safety comes first. My statistics say if I keep up the loud pitch for about six and half minutes they give up. But, I was in a for a surprise. This time the couple took the help of another man and brutally chopped off my lovely tresses, ignoring my howls. My lovely, wavy hair that gave me a model like look was scattered all over the floor. I could barely look at myself in the mirror. See the photo and decide for yourself.

The only good thing that came out of it was the cup of ice cream. But, no amount of bribery can mend my broken heart again.

P.S.I think I was wrong about thinking the man was on my side. 😡