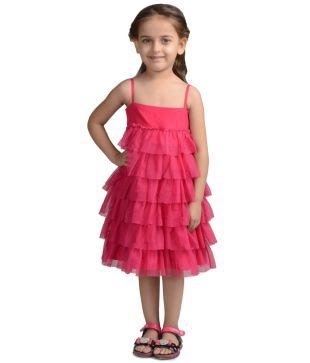 Uncommon things have always caught the fancy of the little mind who is the main protagonist of today’s story. Though it was never evident whether they gripped her thoughts permanently or was just a passing phase, but this nature of hers was both a source of containment and fear for her parents.

Now today was a very important day of her ‘not so’ long lifespan of 3 and half years. And even more important for her tensed parents. After all it was the first interview with their little princess in a ‘big’ school. After month long preparations, today was the D-Day.

“So, now tell me what you want to be when you grow up?” the panel asked the smiling daughter of the visibly intimidated parents after the regular introductory questions like name and place where she lives. The question, however relaxed the adult interviewees. It was a question right out of the suggestion paper. The answer “a teacher”, was revised innumerable time yesterday.
“A pilot”, came the prompt reply. The mother was shell shocked. She looked at her husband who was equally perplexed. They did not even know that their daughter knew the term. However the panel seemed pleasantly amused with a reroute from the usual teacher and police answers.

“And why is it so?” The teacher asked kindly.
“I would love to fly someday like a bird”. Came the confident reply.
The first bullet dodged. The mother sighed in relief.
“Lovely, so who gave you this beautiful dress?”
“Baba”, the little voice replied, no sign of stress till now.
“And what color is the color of your dress?” the panel continued its fire.

And the mother’s fear came true. In the morning she had a tough time choosing between the “red” and the “magenta” dress and dreading only this question she wanted to choose the red dress. But the father insisted how their daughter looks lovely in this magenta dress and comforted that he had told the name of the color when he gifted her in birthday.

She threw a quick side glance at her husband who avoided a direct eye contact and started praying heavily, now both for the safety of his daughter and himself.

“Magenta Color. I wore it on my birthday,” answered the confident little voice.

Well the battle was almost won. Few more questions to the parents and the interview was over. The Queen was proud, The King’s head safe for the time being and the Princess, well she is a boss, not bothered about these mundane earthly nuisances, concentrated on the toffees acquired from the recent feat.