The old man and the red bicycle 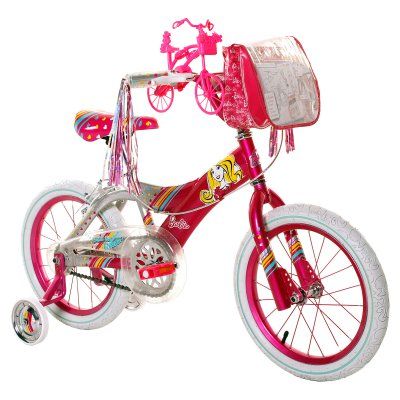 The Old Man and the Red bicycle

“From this new year I will be more health conscious. I will eat right, drink lots of water and walk more”, I announced at the dinner table on the New Year’s Eve.

My husband, busy watching a TV show, for a second turned his neck, looked at me, rolled his eyes and again went back to his show. So uninspiring.

Well, I do not really blame him entirely. This is perhaps my fiftieth same resolution of this year, which always have been postponed to the “From Next Monday” schedule. But tomorrow is a New Year and the world will see a new “Me”.

The next day proved to be a difficult day to start the resolution, as Pizza arrived in the office to celebrate the New Year. But a promise is a promise. And the new “Me” will not fail herself. So I decided to start with the latter part. So I resolved, instead of taking a rickshaw from the bus stop to home, I will have a fifteen minutes’ walk, every day.

Thus the very evening while returning from office , I got off at the bus stop and without looking twice at the rickshaw stand, I started walking along the by lane. Content and delighted at my own determination. The evening was growing darker. This side of the road was quite secluded. Except for a few strays, I did not have any other company for the first few minutes. Then suddenly at the corner, I met him. An old man of around 70 years, walking down the road, with a red bicycle. No, no, not the one which he can ride. A kid’s bicycle. Bright red in colour, picture of Barbie drawn on its body and a beautifully decorated basket in the front. He was treading along the road all alone, talking to himself quite loudly. As we met, he seemed a little startled and stopped his soliloquy instantly. I tried to smile at him, but he seemed seriously disturbed by my presence. Without returning the smile, he walked away quickly. I disliked the grumpy old man instantly.

Today is the tenth day of the year. And I am still sticking to my resolution of walking. Eating healthy, however proved to be a harder task. Thus, every evening, for ten days, I am walking down the lane, wishing to shed off some calories (from the burgers and pizzas), passing the same yellow and the pink buildings, saying hello to the strays and meeting the old man with the bicycle, Mr Grumpy.

Mr Grumpy walks down the road every day at the same time, with his bright red kid’s bicycle, apparently quite happily talking to himself and stops as soon as I pass by. Giving me a suspicious look he walks away as quickly as possible for me. But today an accident happened. While crossing me briskly, he lost his balance and fell down with his bicycle. I rushed to help, but he was quick enough to gather himself. In a very concerned voice he was asking the bicycle, “Are you okay dear? Did you hurt yourself? ”

As usual, he was unhappy to see me, but he needed my help to pull up the bicycle, which he was unable to do with a single hand. Because in the other hand he was holding something else, which I could not see. Out of sympathy, I helped the eccentric old man to move up his “talking” bicycle. Then I dared to ask, “Who are you talking to?”

“None of your business”, he said angrily, and started to walk away. He was still holding something in his left hand and balancing the cycle with another hand and visibly limping from the recent injury.

The next day we met again. He was still limping a little. And surprisingly, Mr Grumpy smiled at me. Taking the cue, I decided to strike a conversation, “Where do you take this bicycle every day?”

“It is a long story and most probably you would not believe,” he started to take a leave. But my curiosity got me better. I started walking with him, “Why would not I believe? You can give a try.”

It seemed he was waiting for days to share his story. Without further probing he started, “You see I am a very content man. I was living happily with my wife, son, his wife and Nyssa, my five year old granddaughter.

Our world revolved around Nyssa. She was our lifeline. In her we, the old couple, found a reason to live. Then six months back, my son got a better job in another city. We did not stop him, thinking about his future. But that meant, Nyssa would also go away. We requested him to leave Nyssa with us. But his wife relented. We understand any mother would do so. So we gave in. But Nyssa threw a fit when the time arrived to leave us. She cried and cried and at last when she fell asleep, tired, they took her away.

Life was not the same anymore. Nyssa was upset for being taken away and called me up every day. And every day I falsely promised her that I will bring her back and we will learn cycling together. Then one day, when her mother was busy in the kitchen, she left the home and came back to me. Now we go to cycling together every day.”

His eyes were glittering with excitement.

“The five year old could come back alone?” I asked in disbelief.

In answer, he smiled mischievously, brought his mouth closer to my ears and in a hushed voice he shared,

“Everyone thinks she died in an accident that day, but actually she lives with us here and now no one can take her away.”

The reality broke my heart. So this helpless old man thinks his deceased granddaughter is still with him. So he talks to her, take her to cycle every day. I found no words to console and clear his hallucination.

I stood there looking at his retiring image, amazed at the injustice of God. And as he took a turn with his bicycle, I can swear I heard the giggle of a small kid. A clear sound of laughter of a kid breaking the silence of the evening. Am I also hallucinating?