Jab we met – The love at first sight It was early morning of the ninth day of the eighth month of a year already proclaimed by many as “bish”(poison). The year 2020.

A couple was driving down a relatively empty street, through the city still reeling under partial lockdown. A small bag was sitting royally in the back seat. And a silent pair on the front seats. In the soft filtered light of the cloudy day, one could easily make out that the inhabitants of the car were not at ease. The one, driving looked more anxious than the other, who was visibly pregnant. The car stopped in front of a hospital and right on cue big splashes of water started falling. The next several minutes passed to decide where to park the car so that the pregnant lady can enter the premises, safe and swift. After few more minutes, the couple were in front of the reception desk.

Paperwork ensued and the woman started looking for a comfortable seat. Alas, nothing was comforting enough. And amidst the search, the man arrived with a rather bemused expression,

“Only single rooms are available. They cannot give a double occupancy room now. Too many covid patients…”

He could never finish the sentence, and the woman started lashing out,

“First, they said no attendants were allowed due to covid. No family members can visit during the stay. So we requested a double occupancy room. Now, they say that is also not available due to covid. What is this covid excuse marathon? I don’t agree to this arrangement.”

“But, they said…” He tried to break the monologue, but she was in flow.

“I don’t know. They must be doing this to make us pay more.”

The woman would never admit that the idea of staying alone horrified her, so tried to shift the blame on the hospital authority. ( Well, later it was realised that she was sort of right.)
After much coaxing and cajoling when no light could be seen at the end of the tunnel, the lady settled with the single room. The process needed to start. Someone was kicking impatiently to come out. And the woman also wanted to end it quickly and then rest. Naïve girl.

The husband asked meekly if he could accompany the wife to her room which was turned down vehemently. An attendant took the bag and after a brief goodbye, the woman found herself in a room, alone. Her first stint inside any hospital room as a patient. And none to give her some solace.

A nurse came, checked her vitals and left in a hurry without a word. Left with doing nothing, she decided to share the time with a certain Mr Ove*. He turned out to be a good companion for her, which was most probably not taken well by the little one still struggling inside. The frequency of his kicks increased.
The OT was scheduled at noon. It was only around ten. In the meantime, a kind-looking doctor had dropped in to say hi and was taken aback to see the patient busy with Mr Ove during this critical hour. The nurse accompanying him asked for reports and like always, the messy girl could not place a few. Some tensed exchanges went by. And she remembered that they were never collected from the test centres. Fanatic phone calls followed and they were arranged by her efficient sister and brother in law. The next hour went in a daze. . She had planned for some snap before the OT for her instagram stories, but harsh reality never gave her any such chance. Before long the woman found herself in a brightly lit room with a large syringe being pushed in her back.

A few more minutes or seconds passed, she can never say for sure and the hushed tone of the dazzling room was shattered by a shrill cry
“It’s a boy.”
The drowsy woman could not fathom anything in a sane manner.
Boy? Whose boy? Is it out already? Is this real or was she dreaming? There were too many confusions.
Wait, wasn’t it supposed to be a girl? All her Google based analysis of symptom assured her that a girl child was coming. And now she heard a boy. Phew, everything was happening too fast for her senses.
In between, she heard the paediatrician comment, “He is quite loud.”

A lot of activities ensued on the other side of the curtain, which was beyond her comprehension. But, soon nothing else mattered. Wrapped neatly in a towel a nurse brought the most beautiful thing she has ever met. Her heart exulted in jubilation. And the first thought she had, “Oh my god, this is so tiny. What if I break him?”

The nurse seemed to guess the paranoid mother. So after a quick skin touch wheeled him away.

However the new mother did hold him later that day and he was not hurt. But, that story for another day. Today let her busk in the glory of happiness in meeting her love for the first time in life. The day she started believing  in love’ at first sight. 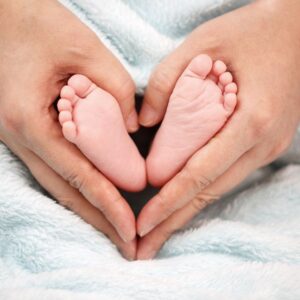 P.S. 9th August is my son’s first birthday and this is how I tried to relive those special moments of life.

Note : The post is a part Blogchatter Half Marathon.

Glossary : Ove – The main character of A man called Ove by Fredik Backman

Previous articleMy favourite crushes from the literary world
Next articleWhy should heroes have all the fun? My favourite side characters in fictional world