Why should heroes have all the fun? My favourite side characters in fictional world 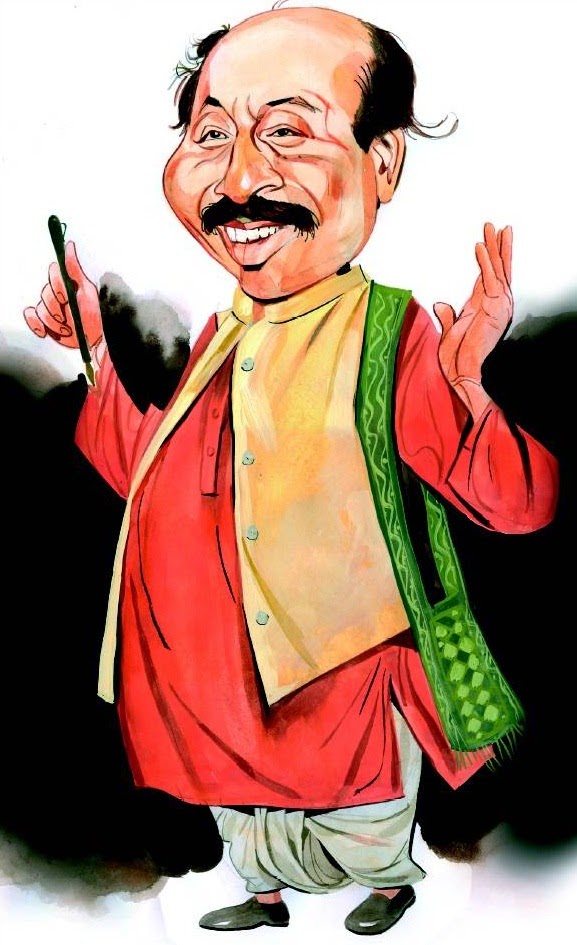 9th August is a special day in my life. The birth date of my little one. And is it a coincidence that the same day is celebrated as “Book Lovers Day?”

I guess not. It is the conspiracy of the greater power. And what are books without their characters? So today I have decided to write about my favourite characters from the fictional world who are not the protagonists, but we can never think about those books without these memorable personalities.
I am obliged to start my list with one of the most endearing characters I have ever come across in my reading journey. A creation by the maestro Satyajit Ray. Lalmohan Ganguly aka Jatayu.

Accompanying the smart and dynamic Feluda, this short, witty and talented man from Garpar engages the reader with his humor, unpredictability and resourcefulness. The best thing about this mystery novel writer, and which states him apart from the other sidekicks of famous sleuths is that he has a much-accomplished identity apart from being a friend of the hero. Despite all his brilliance, Feluda could never overshadow him. He was a part of the adventures, justifiably on his merit and not just because someone tagged him along. As a matter of fact, there would not be any Royal Bengal Rahasya or Kailashe Kelenkari if he was not there. To add to his charisma, he had this innate humility that showed in his words. He never failed to acknowledge the talent of Feluda, yet maintained his dignity. For instance, he politely turns down Feluda’s offer to buy his plane tickets. Author of 28 bestsellers, yet never shied away from learning new things from the detective. And who can forget their introduction scene or the one where Maganlal Meghraj tortures him. Yet he could say that, don’t worry about me. And such innovative book titles which he decided even before writing them. Much to learn from his aura. Overall, this true Bengali iconic figure was always more than a sidekick, a star in his own right.

Okay, now that I have typed in an overwhelmed manner, remembering the warmth of Jatayu, reeling under the wave of Ray magic, let me turn to a completely different world, from another of my favourite author, George Orwell. So the next character is non-human but more humane than many. Snowball from Animal Farm. 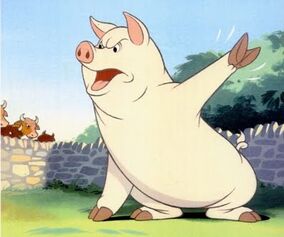 A book character that taught me one of my first lessons of a universal truth – force and not good intentions wins. He was most attuned to the old Major’s cause of rebellion and devoted himself to bettering the ‘Animalism’ by upgrading the animals in intellectual, moral, and physical ways. He tried to include even the least intelligent animal of the farm by reducing the seven commandments to a single percept, calling it, “Four legs good, two legs bad.” He was also a brave fighter and that could be seen while organising the animals during ‘The Battle of the Cowshed’.
Snowball emerged as a fervent ideologue who threw himself heart and soul into the attempt to spread Animalism and to improve Animal Farm’s infrastructure. His idealism, however, leads to his downfall, being no match for Napoleon’s show of brute force. And that is where he became extra special for me. And the parallel drawn to the reality with Snowball as Leon Trotsky, pitted against Stalin, Napoleon, the whole story becomes an epic. For me, Animal farm is not the book it is if not for the ideal Snowball.
And when I am reminiscing book characters, how can I leave any character from the Harry Potter series which have influenced me the most. And thus enters Hermione Jean Granger. 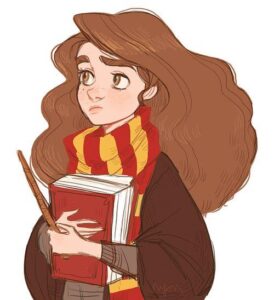 At a time when we were growing up with the likes of the slim, beautiful and fair, Disney princesses, waiting in distress for their prince to arrive, she broke into our imagination in the wildest possible way. A brown-eyed girl with bushy, untamed dark hair and protruding teeth demanded the command of others attention not because she was pretty but rather because of her unique wit and intelligence. Rowling never described her appearances much, except for the one at yule ball. Because that was never important. And let her intelligence, work ethic, and other admirable traits take the center stage. Her personality overshadowed everything else. Harry Potter might be the “chosen one”. But without her knowledge and resourcefulness, it would have been hard for even the “boy who lived” to survive till the 7th part.
The brightest witch of her age, she made even nerds look trendy.
In her words, “Books! And cleverness! There are more important things! — Friendship! And Bravery!” She was a girl with wisdom much ahead of her age and in a sentence explaining why Sorting Hat put her in Gryffindor and not Ravenclaw.
The only place where I disapprove of her wisdom is when she chose Ron as her partner. For me, he always fell short of Hermione’s personality. But, then again, I doubt who in the wizarding world in that age could match up the brilliance with which you shine.

Then there is The Hatter from the world of Alice in Wonderland. So haven’t we all wondered “Why is a Raven like writing desk?”

And what better way to prove my point that these peripheral characters are as important as the protagonist. While Alice day is not celebrated and actually denotes a malicious motive (Pedophilia Pride Day) but since 1986, October 6 has been marked as the Mad Hatter Day, celebrating with a day-long fest of silliness made especially for those who want to wear crazy top hats while walking backwards.

These are just a few of my favourite peripheral characters. I can go on and on forever. But, I must stop now.

Do you have any such favourites? Share with me.

Note: This post is a part of Blogchatter Half Marathon