Negative Body Image and how to overcome it 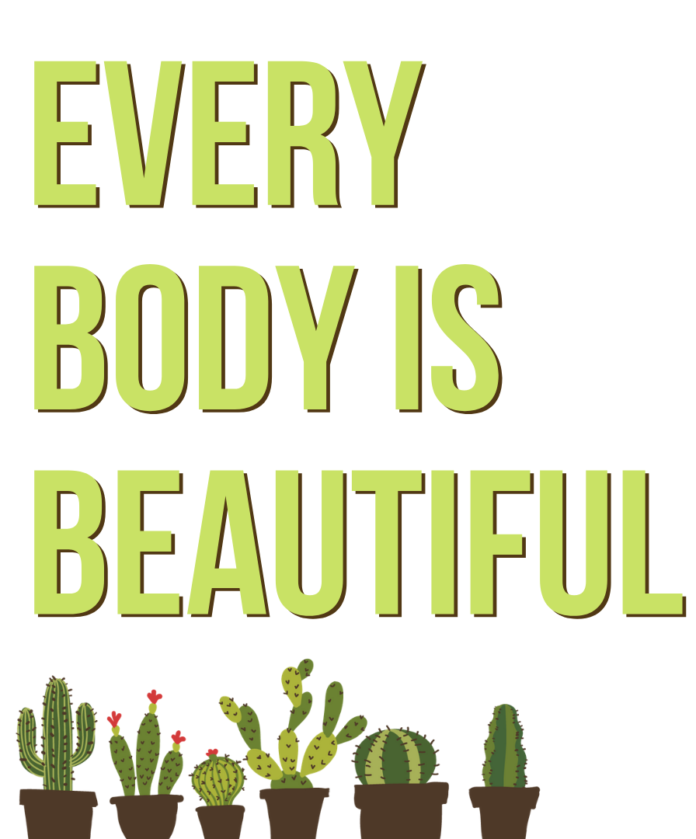 You are imperfect permanently and inevitably flawed. And you are beautiful.

It was a busy day at the beauty parlor. While one groomed the untamed hairs on my arms, another was busy applying hair color on a different customer. A teen girl was getting her haircut on the other side. She looked no more than fifteen years old.

After some time the other lady who was getting her hair colored started conversing.

“Her neck is getting darker? Can you do something about it?”

Then I realized that the teenager was her daughter. Her haircut was done, and she was getting ready to get some spa and facial!

The parlor didi, like an expert, examined the ‘affected place’ and passed the verdict, “This is caused by friction of skins. I can try some bleach (!) but it is her fat that is causing the problem. She needs to lose weight!!!

I turned around to take a closer look. The young girl was visibly uncomfortable with the discussion. She did not sport a model-like figure but she was surely not fat. I wondered and waited for the mother to retaliate at the judgmental comment. To my surprise, the mom was all apologetic,
“You know we have restricted all her junk food. We even try to get her to jog. But, no she only wants to focus on her studies. It is the books that only grab her attention. I am the one who dragged her here today. She is starting the eleventh standard at a new school from tomorrow. Tell me, doesn’t she needs to look her best in school?”

The mother was worried that a fifteen-year-old must look all groomed while presenting herself to her new classmates.

The parlor didi was overjoyed at the support. And my inner self was itching to intervene. She went on with her sermon.
“Of course, looking good is important. And one has to work hard to maintain it properly. Look at her face, fat is making it look round.”

The young girl was not looking up anymore and I could not help but jump into the conversation.

“But, what is wrong with round? She looks cute anyway.”

Then I decided to stop the body shaming discussion and turned my attention to the teenager. In the next fifteen minutes of our conversation, she told me how she has won Amazon gift cards for coming first in a podcast and writing contest by TOI and she is using the vouchers to buy more books. Apart from reading she loves to write and has started a blog. Her dream is to become an astrophysicist. In short, I was impressed by the intelligence of the young girl. A good personality trying to be marred by negative body image. 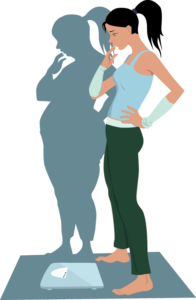 What are we teaching our future generation?

The above incident happened last week and it got me thinking. Today many families are giving equal opportunities to their daughter, and supporting their dreams, but is the archaic stereotypes still holding good somewhere? Deep down are we still worried about what a girl looks like regardless of her qualities? Perhaps unknown to ourselves we are leading them to a false body image notion.

Obesity is a heterogeneous condition with a multifactorial genesis but, in society, there is a relatively homogeneous negative stereotype surrounding obese individuals. Add to it, is the fascination for fair and flawless skin. The manifestation of these discriminating stereotypes gives rise to other complications.

Teenagers often face significant pressure to meet strict, unrealistic, and harmful ideas around beauty and body build, weight, and shape. The media has hyped the belief and social media has added to the pressure. The prevalence of negative body image is strongly tied to body representation in the entertainment industry. The kids are now living in a society where their bodies define who they are. The quest for a “perfect” body or appearance can take a heavy toll on everyone’s confidence and physical and mental health. Teenagers and youth are more vulnerable to that. We cannot add parental pressure to it. The same can create a negative body image in young minds that can have further consequences.

In this blog, I am trying to raise awareness about the negative body image and its effect on young minds. 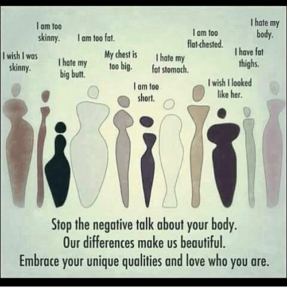 What is negative body image?

Body image refers to how an individual sees their own body and how attractive they feel themselves to be. A negative body image can be defined as one being overly focused on comparing their size, shape, or appearance to unrealistic ideals. It is the urge to hold oneself to a thin-ideal or an athletic-ideal that may cause one to develop unhealthy self-talk, low self-esteem, or disordered eating patterns. 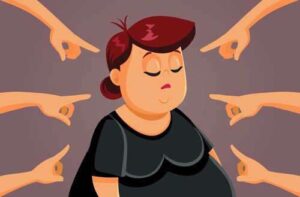 A negative body image increases the risk of engaging in unhealthy lifestyle behaviors. This may include dieting or restrictive eating. Many indulge in over-exercising and other disordered eating or weight control behaviors. Body image is not restricted to weight only. Many young ones, especially women indulge in skin whitening creams. In turn, exposing themselves to harmful chemicals. Some also practice the extreme by going under knives to beautify themselves.

Not only physical health, negative body image has a significant effect on mental health too. It contributes to low self-esteem. Poor body image can cause people to constantly feel overly self-conscious, talk negatively about themselves, withdraw from activities, and often start believing that they are worth less than people with “ideal” bodies.

While being displeased with one’s body is a common phenomenon, sometimes many experience extreme body image difficulties that can be part of more complicated problems. Data shows women and girls are more prone to these difficulties like body dysmorphic disorder, eating disorders, and severe depression. In many instances, individuals with depression often start believing that they are less attractive than they are.

Body Dysmorphic Disorder is one such disorder of “imagined ugliness.” The victims of such disorders usually spend hours examining, attempting to conceal, or obsessing over their perceived flaws. Some people spend thousands of dollars on plastic surgery in an attempt to improve their bodies. This desire to look a certain way could be fatal. Recently Popular Kannada TV actress Chethana Raj passed away after going under the knife to remove fat. Again taking steroids to build muscle and achieve a definite body type is resulting in untimely cardiac arrests. In the passion to achieve ‘more perfection’ we are losing young lives.

Anorexia Nervosa (fear of gaining weight) and Bulimia Nervosa are two more such disorders where individuals have an extreme concern with body weight and shape. Karen Carpenter, a musician, went on a water diet to lose weight and, as she put it, to appear more attractive. Continued to diet even after losing 20 lbs, until her death at the age of 32. She died of cardiac arrest due to anorexia. 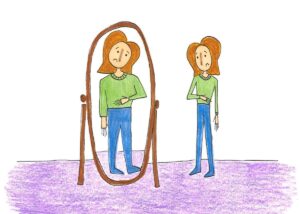 • Acceptance of all body types and sizes –
Nobody is perfect. Learn to accept all body sizes and shapes and reduce criticism. This will help you appreciate your own body. Also, remember the standard of beauty is always evolving and it is hard to keep up. So be happy with the body and focus on your strong points.

• Understand Genetics –
It is critical to understand that genetics play a major role in your body. Almost 25% to 70% of your body feature is determined by the genes. Those aspects of your body cannot be changed. Since no two bodies are the same, “dieting into” a new body is neither natural nor healthy. Also, any diet plans should be considered only after consultation with doctors and experts.

• Do not fall prey to misconceptions spread by media –
Have you seen that advertisement when a certain cream can land you your dream job and degree never mattered? Yes, an advertisement can be misleading. Young girls are taught to compare themselves to women portrayed as successful in the media, assessing how closely they match up to the “ideal” body form. However, the ideal body form may be true for around 2% of the population as per genetics. Many of the images presented in the media have been computer enhanced and airbrushed. However, the edited portrayals lead many women and girls to feel inadequate and negative about their bodies. So stop believing what you see and be more confident in your own body. Try not to compare yourself to people in magazines as they’re often changed to look perfect – they aren’t real

• Create a body-positive image – Above all befriend your body. Having a body-positive image means you accept your body and feel comfortable with it in – even when it may not match other people’s ideals. Learn to love and respect your body for all the amazing things it can do like laughing, thinking, dancing, and singing. Understand you are much more than how you look. Catch those thoughts telling you negative things about your body and replace them with positive ones. In conclusion, the parents have a huge role in bringing body positivity to the kids, especially after puberty. They should avoid criticizing the looks of the young ones and be a good body image role model. If the kids grow up watching the adults accept their bodies, they will pick up the habit and do the same for themselves. As Oprah famously said, “Say goodbye to your inner critic and take this pledge to be kinder to yourself and others.”