Sandesh and the Ray – Kolkata Chronicles 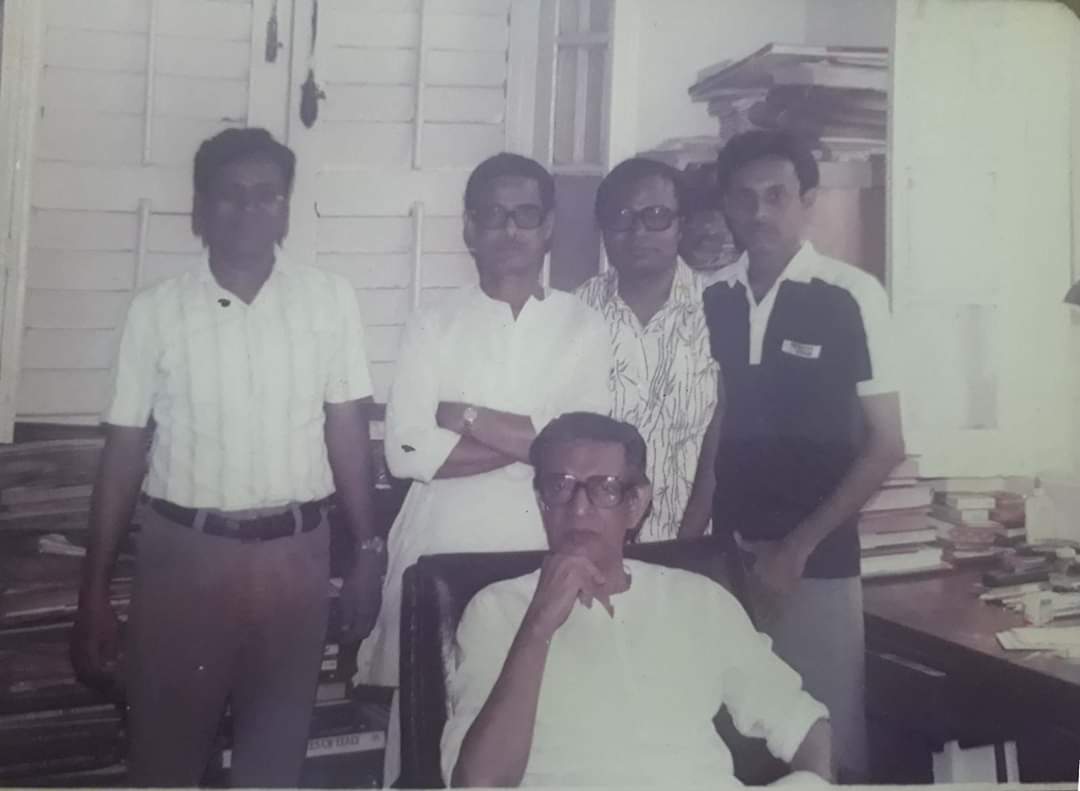 The name must have alarmed the readers that the girl is back with another of her foodgasms. But, I promise this Sandesh has more meaning to the blogger other than the famous sweet dish. Of course I will spend some words on the mishti (sweet dish) also. After all, in Kolkata sweet shops are forced to open for a few hours, even in lockdown as it is termed as ‘an essential item’. Mishti sandesh is a staple diet of Kolkata and nobody messes with our food habit.

But, another Sandesh that characterized my Kolkata life was the magazine. A children’s magazine, edited by none other than Satyajit Ray . Many of Satyajit Ray’s writings were first published in this magazine. I was introduced to this phenomenal magazine by my grandfather Manjil Sen, who himself was a writer and worked on the editorial board. Never realised the honour when I used to visit the place with my Dadu, to an office where the maestro himself had worked.

And talking about Satyajit Ray, though the world knows him as one of the legendary pioneers of Indian cinema, he was someone who had many dimensions to his artistic personality. On a personal level, for me he was the creator of Feluda, my all time favourite detective, Professor Shanku and many of the short stories that revolved around my childhood. Of course, his identity as a film maker is more popular.
Indian director Ray’s films revolutionized Bengali narratives, highlighting a unique and oddly contemporary form of storytelling that’s more relevant today than ever. Comparable to Rabindranath Tagore, the Nobel Prize winning Bengali writer, Ray’s genius was also far-reaching. He was a true polymath — writing, directing, designing (storyboards, art, costumes—you name it), composing (he composed the scores for all his movies after “Three Daughters” and/or collaborated with Ravi Shankar), designing the calligraphy for the opening credits, and handling the cinematography. He was also a self taught painter, and a contemporary in Bengali literature.

A man with vision, talent and much beyond my capability to describe, I want to quote just an excerpt of one interview I read long back and one will understand the depth of his thought.

Quote
Andrew Robinson: Have you ever wanted at any time to be rich?

Satyajit Ray: I’m pretty rich, I think [laughs]. I mean I have no money worries as such – thanks to my writing, not from films really. My books bring in a steady flow of income. I’m certainly not as rich as Bombay actors, by no means, but I can live comfortably. That’s all I need. I can buy the books and records I want.

He was an artist who paints his canvas in his own style be it on paper or celluloid. And a character that has returned again and again in his creations was Kolkata or the erstwhile Calcutta. Be it in Mahanagar, a moving film about the gathering speed of modernity and feminism of the 60’s Calcutta. Or the city shaken by the Naxalite movement, in Prawtidandi. Or the life of the ambitious sales manager and his view of the city in the film Seemabaddha. My personal favorite being Jana Aranya which showed the economic difficulties faced by middle-class, educated, urban youth of Kolkata in 1970s. The city has come again and again in his movies like a lyrical truth. The film maker and the city are both incomplete without each other. And it was mandatory include him in my Kolkata Chronicles which would have missed an important link otherwise.

Note : 1. This Post is a part of #BlogchatterA2Z challenge.

2. The photo uploaded is a personal photo of my dadu with Satyajit Ray in working mode

Previous articleKathi Roll, Phuchka and Many more – Kolkata Chronicles
Next articleCertificate from Artoonsinn