The Fall of the Great Palace 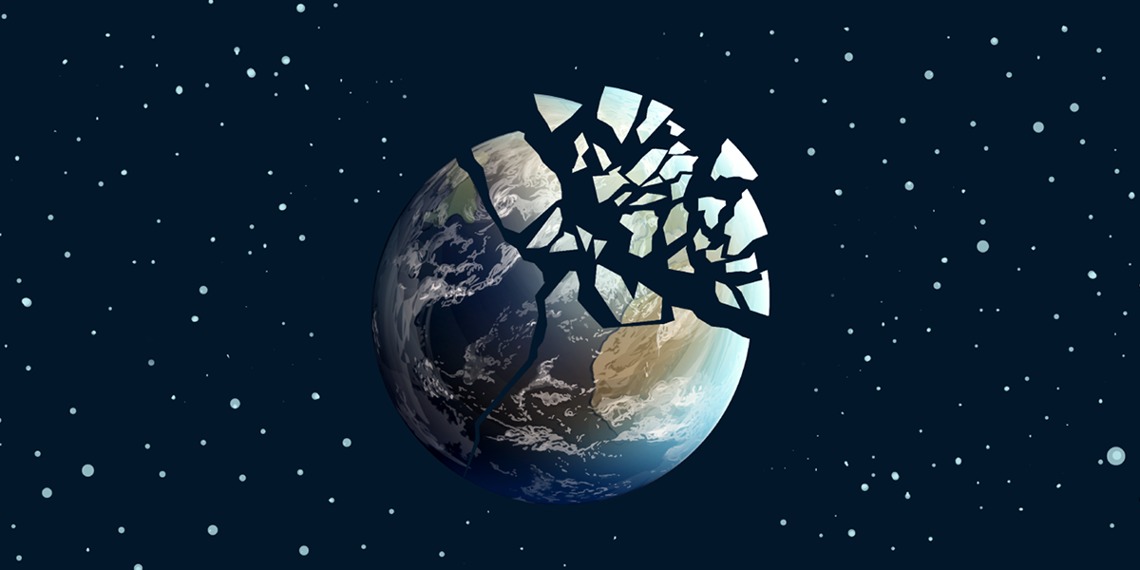 The Palace was the most beautiful thing in the universe. It was God’s own creation. The rooms were spacious, the corridors were green. Brooks flowed freely between the lovely gardens. There was enough food for everyone and the air was clean.

The palace was generous. It welcomed everyone. There was no King. Or Queen or Prince. All could live freely and happily in that Inn.

But, like all good things, time changed the palace politics. There rose some Kings, and Queens and princes. The rooms seemed to be smaller now and many thrones were needed. So they encroached the green corridors and destroyed some tall trees. The few who lived amidst the greenery were slain mercilessly. Slowly, slowly, there were more and more rooms and lesser passageways. But greed knew no bound.

The kings men were everywhere. Finding their own rooms, displacing the green corridors and the inmates there. There was lesser food and air was not clean anymore. The palace creaked for attention. But, headed no one, carrying their own business with ease. The palace screamed for help. The rooms have submerged the green corridors almost completely. The rivers started protesting violently, missing their favourite green friend. But, no one was ready to listen.

Then the doomsday arrived, the palace could not bear any more. The walls came crashing down. The rivers overflowed.

The Kings, Queens and Princes had a great fall. All the King’s horses and all the King’s men couldn’t put the Palace together again.

what will happen when mother nature decides to take back what she gifted us to nurture and we, the humans started mistreating

The Secret Bond of Lie