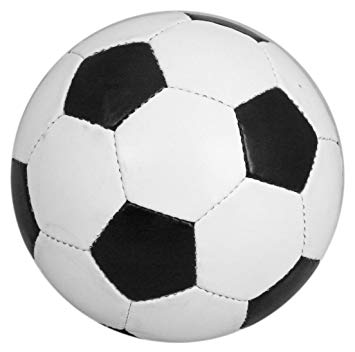 Almost a week into this Kolkata chronicles series and so many thoughts of “aamar Kolkata” is crowding my mind. We are all locked down inside our home. Seeking and praying for freedom from this unknown danger that has befell on the earth all of a sudden. The daily mundane life which was so suffocating earlier, is suddenly so lucrative now. All we want is to break free of this shackle and breathe freely. And for so many out there, to play freely.

Passion for sports run through the blood of true Kolkatans. And football is their religion. Now, now, cricket is currently more famous country wide and also with the young Kolkata, but, football still remains the first love. Ask my father or uncles who are crazy about football, they would sneer at the kids preferring to play cricket more than football as, “All lazy fellows. Football needs more energy, more stamina, so they avoid.” Their love for football is undying. And it isn’t a fling. This affair dates back to the early 1900’s.

Football in India was spread during the days of the British Empire. And Kolkata being their capital, the game was popularized here first. Mohun Bagan Athletic Club was set up in Kolkata and is considered the oldest football club in Asia. The club became famous in 1911 when it became the first Indian team to lift the IFA Shield, a tournament previously won only by British teams based in India. It was almost like a mini freedom win. In 1920, the other club East Bengal was set up. For anyone having the slightest idea about Kolkata football would know about East Bengal-Mohun Bagan rivalry. And the crazy crowd that follows the derby match making the competition almost like a do-or-die situation.

Why is football so important for us, if you ask. From history you can see when we were reeling under the oppression of the British rule, Mohun Bagan gave us the glimmer of hope by defeating the British. East Bengal was craved out of Jora Bagan and was associated with the partition of Bengal. It is one of the missing links of the native land of those people who had once left their everything for a partition. So it is a bond of unity, an emotion which cannot be penned in words.

My father is an ardent devotee of East Bengal. And so is my husband. And I have a doubt, if this wouldn’t have matched, mmabe my father would have said no to the matrimony. It is as serious as that, believe me. To this date this is the point the father and son-in-law bonds best, even going to matches together. With this I remember, my father’s various superstitions related to East Bengal matches. He must have a shave, shouldn’t encounter certain people. No stone was kept unturned to ensure the win of his favorite team.

With that obviously now we have the addition of ATK, the three times winner of the ISL league. Our very own Kolkata team promoted and co-owned by the favorite ‘cricketer’ of Kolkata, Dada, Sourav Ganguly. And when one of the most successful Indian national cricket team captain professes his devotion for football, you know how football is synonymous to Kolkata. In one of his interview he spoke about his fascination with the game. In his words,
“My first memories of football were my first memories of a sport. Because I never played cricket when I was young, I used to kick the football. Studying in St Xaviers, after 3 pm it was football for me and I didn’t know what a cricket bat was although my brother used to play cricket. And I went on to play football till I was in class 9 and I was pretty good at it,”

Being India’s football capital, many international footballing personalities have graced Kolkata with their visit. So without any surprise whenever there was a visit to India, famous footballers like, the legendary Pele to Argentinean footballing superstar Diego Maradona and Leo Messi, have always chosen Kolkata as the first preference. And one should visit the city during the World Cup football. The city suddenly changes its nationality according to their favorite teams. Huge flags of Brazil and Argentina starts adorning the localities and the jerseys are sold like hot cake.

Kolkata is passionate. Be it arts or sports, they love and live all with soul. And football holds one of the most precious corners of that loving soul.

Note: This post is a part of #BlogchatterA2Z challenge