The First year of Motherhood – A journey worth cherishing 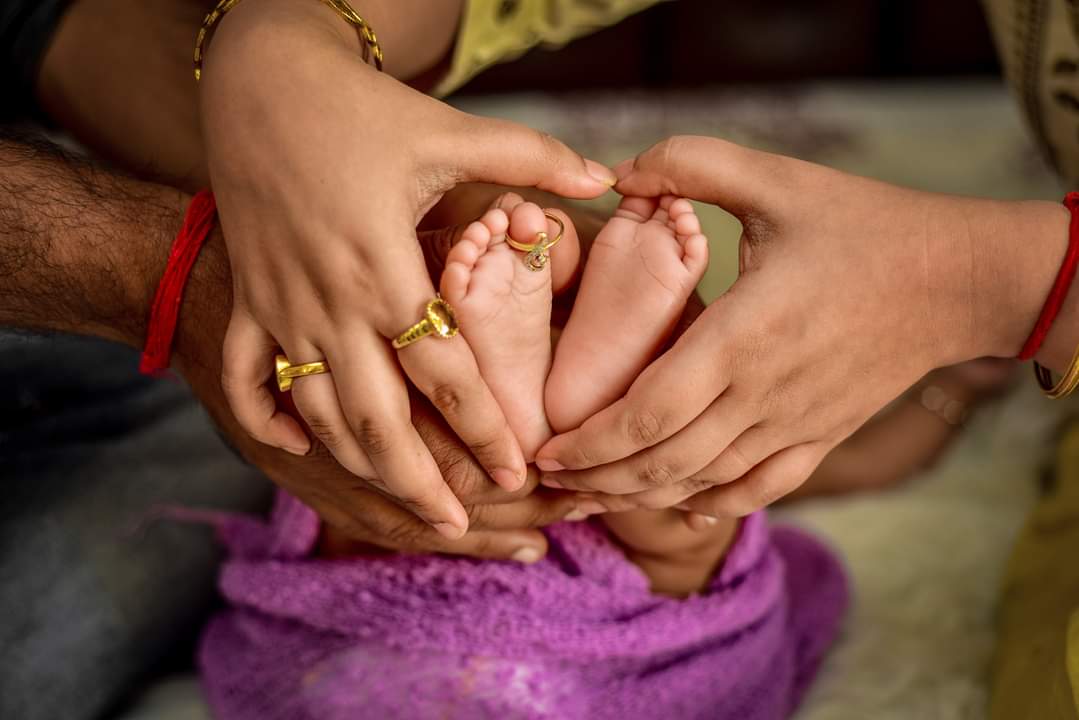 On the threshold of completing a year of motherhood, I am having so many emotions and thoughts overflowing inside me. The first thought is that of absolute disbelief. It seems to be a real wonder that my little one is now almost one year! So, I decided to write down the thoughts, lest it become too overwhelming to handle.

Many a times I have shared little Sampurno’s antics. But, this write up is not about him, but, his mother.

At the onset let me share a confession. Motherhood didn’t come easy to me. It was only after a long wait with the continuous intervention of needles and endless scans that the much coveted two pink lines appeared. From then on it was a relatively easy journey except that, I was full of paranoia.

Yes, I turned into a paranoid mom even before my baby arrived. Each and every symptom would turn on the faucet of anxiety. The covid situation aggravated my panic. Burning under the fire of consternation, I would often turn to my trusted aide Google to deduce the inference. And what did my faithful advisor suggest? Well, it offered a plethora of options, ranging from cancer to simple flu!

But, it was just a trailer. The real movie started after the hero was launched on 9th August. He might have already understood his mother’s frenzy nature, so tried to cooperate as much as possible. Like, he started sleeping uninterrupted for a stretch of 3-4 hours quite early on and was in general a good sleeper. But, did it allow me to sleep peacefully? No.

I insisted on keeping the lights on because what if he was in discomfort and I miss due to darkness! The insanity carried on. Middle of the night I would wake up and just stare at him, breathing. As his tiny body made a slight movement in sleep I would be elated. An unknown fear would constantly bug me. Even after holding him upright after feeding and a much comforting burp I would not dare to put him down. Terrible stories of accidents would haunt me every night. Was it postpartum blues? Did the new changes trigger this behaviour? Well, I will never know.

I did get my share of family support. I had a caregiver to help me. My husband was pro in handling the little one from the word go. My in-laws stayed with us for a month to take care. Everyone tried to make things easy for me. But, each time they rushed in, all of them at once, when my little one wailed, my clueless self lost it. I didn’t know what to do to calm him and before I could figure it out, someone would have already snatched him away. He would be still howling. But, they tried to pacify with confidence, where as I was still trying to amass my poise. I knew they were trying to help me but, I could not appreciate. Was I losing my mind? Am I an ungrateful daughter in law? Well, maybe yes or maybe not. I will never know for sure.

The great Corona virus ensured that we could not go out, nor anyone could come to visit us. Stuck at home with the new project Baby every little trigger irritated me. I tried to distract myself with writing or reading, but, failed miserably. I was losing ideas. Was it the new role or the quarantine that affected my thought? I will never know.

Things started improving as I started spending more and more time with my son. As the crowd dispersed, my lost confidence started seeping in. I joined various groups of fellow mommas. Learning about others sailing on the same boat, sharing the owes, helped me to recover bit by bit. It dawned to me that it is might not be the easiest responsibility, but, not impossible too. Was the blues receding? I don’t know.

And till date, I do not know a lot of things. Like why someday my son would fuss more, and become an angel another day. Why the sleeping schedule changes or when will his stranger anxiety completely subdue. But, I know one thing for sure. That we are spending one of the most blessed period of our life, sharing with the angel bestowed upon us. And we have to make the maximum of it. So let me capture all the funny moments with my camera, read and talk gibberish with the innocent one and play the most stupid game.

I am not a perfect mother neither I want to be one. I want to be the happy mother who will try to raise a happy child in this otherwise complicated world.

Would love to hear the thoughts of other mommas in this regard.